CM Punk's become a new favorite of mine, but his Elite figure was missing a few things. Thanks to the abundance of new WWE products from Mattel, customizing your new WWE figures is relatively easy. Let's take a look at my new (and improved) Elite CM Punk... 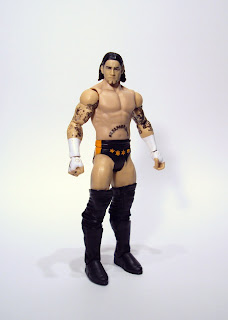 What I liked least about the Elite series' CM Punk was that goofy smirk. I wanted a mean Punk with a look that was ready for business! Much like the face on the Basic series CM, which lucky featured an alternate head sculpt: 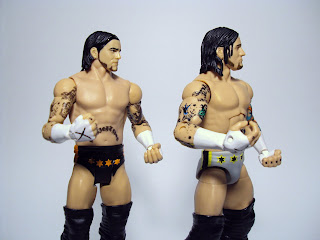 So I swapped the heads on these two using the "boil and pop" technique. Basically you just heat up some water (I use a small bowl in the microwave for 90 seconds) then let the figure (or the part you want to remove) soak for about a minute or two and with a little tug, the part will pop off. Also, I wanted Punk to have two fists because that would open up more display options. Thankfully, the Basic Punk had a right hand fist that would compliment the Elite figure's left fist. I used the same method to remove the hands. 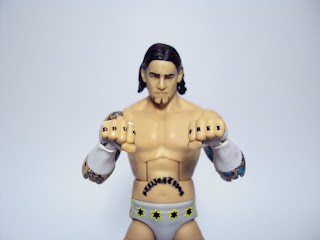 I wanted to make this simple modification months ago, but couldn't justify the $10 the Basic figure costs, just so I could get an alternate head. Later, though, I realized I could use the other fist AND after completing the swap, I would still end up with two complete figures (not the like Basic's Randy Orton I bought solely to swap kneepads on my Elite Batista, but he was on sale when I bought him). I'm still debating doing some modification to the kneepads to improve the movement there, but I haven't decided on what to do exactly. Also, with more time, I'd like to add his Pepsi and Cobra tattoos, that would truly complete the figure. 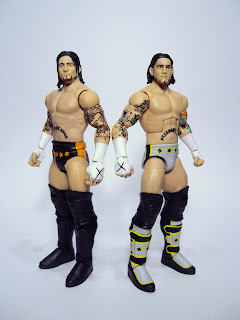 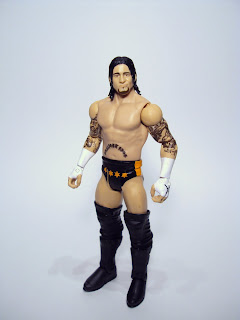 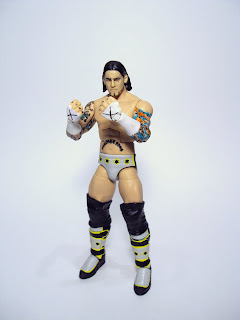 Now I have a figure worthy of Punk and his badass entrance music: "This Fire" by Killswitch Engage. 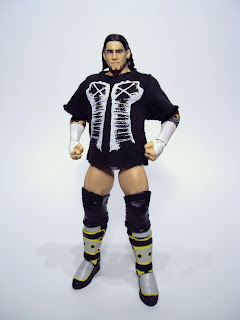