Today's portraits feature two figures from The Dark Knight Movie Masters line. These were initially going to be MattyCollector exclusives, but later it was announced that Toys R Us would also offer them at retail. I managed to find both at my local TRUs last month. 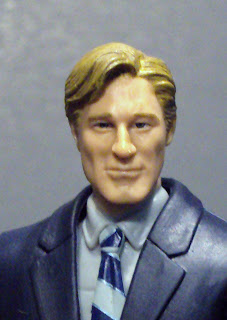 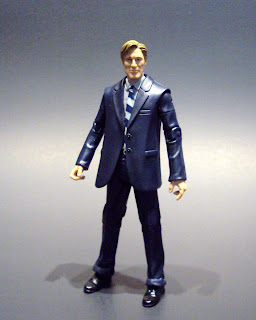 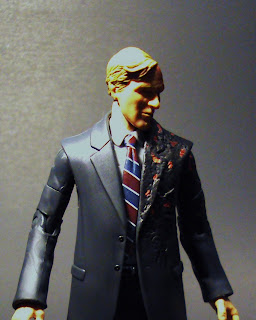 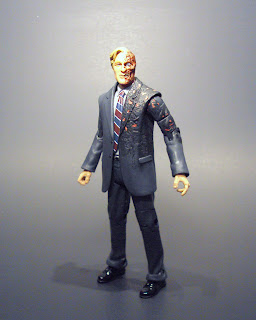 I'm pleased with the releases, except the lack of accessories. Both of these came packaged with 1:1 scale two-headed coins (one side is scarred on TF's coin), but the figures themselves are left empty-handed. I looked through my parts bin for a revolver similar to the one Harvey carries in the movie, but no such luck. The best I could find for him was a 1911-type handgun that came with Ultimate WWII Captain America from Hasbro's Marvel Legends two-pack and that's what I have him holding on my display shelf. Maybe it's in my subconscious after watching Batman Forever, but I feel Two-Face should carry a large handgun. Coincidentally, I like to pose my DCUC Face with the Ultimate Cap's Thompson machine gun. That 2-pack just keeps on giving!
Posted by 3B at 11:40 AM