Today's Stinger Shots features Webstor, a Masters of the Universe character I'm not very familiar with, but is a cool addition to the "Classics" collection. He is a "Master of Escape" and so his ready for adventure anytime. His pictorial turned out to be an adventure on it's own, so this post is a Stinger Shots/Killer B Comics hybrid. Enjoy!

Webstor was released on MattyCollector back in September of 2009. I mentioned in the Killer B Comic, "Webstor meets Webhead" that I won him from Articulated Discussion during that month's commentator contest. He included everything you see below. 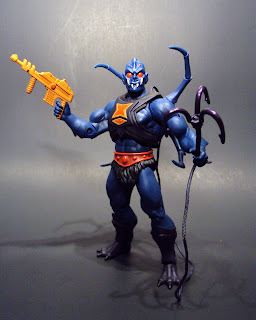 His spider-arms are part of his backpack/armor, which is removeable. 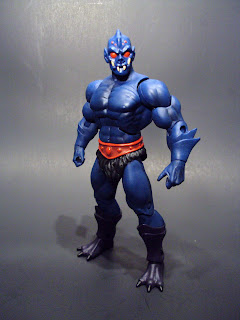 He's pretty much identical to Skeletor, save a dark blue skin tone and the He-Man loincloth. 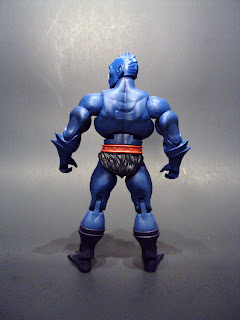 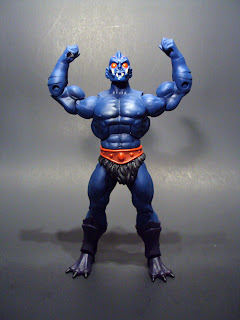 Webs gets a two-handled rifle, which he can hold with both hands using a little manipulation... 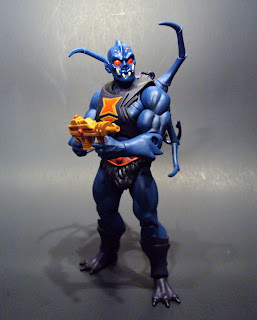 Although, I prefer the one-handed grip. He's ready to bust a cap in someone's Eternian ass! 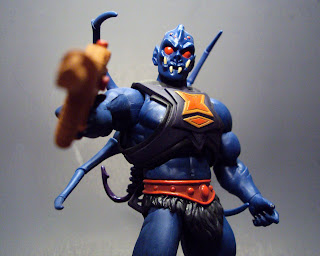 At this point I was going to showcase his backpack and grappling hook, but the pics I took ended up in a cool little sequence to I arranged them into a bonus addition of KBComics! 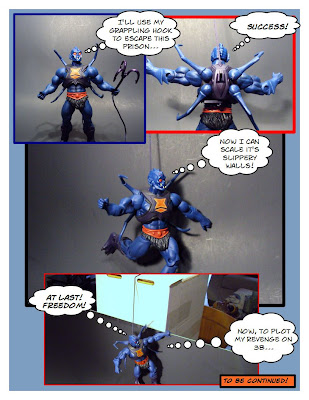