At the end of 2010 both K-mart and Target stores had great sales on DCUC and I was able to complete waves 13 & 15, while scoring a few figures from the Walmart exclusive wave 14. Here's a look at the display's inside the Hive. 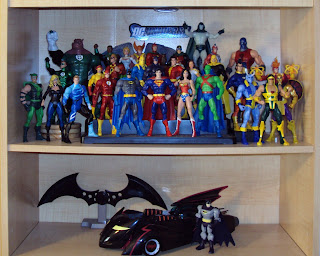 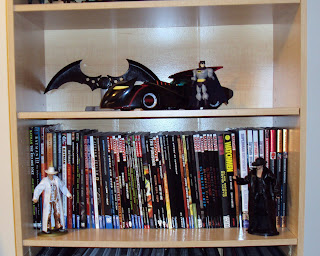 To reflect some of the more recent additions to my DCUC collection, I swapped out and rearranged the top shelf display. There's more of a "Golden Age" theme to the back rows. 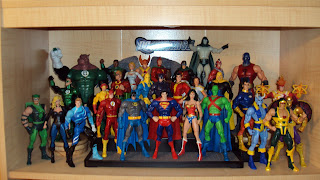 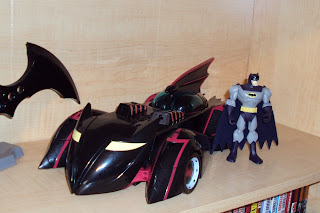 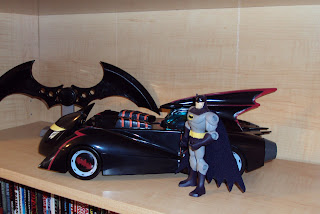 Batman and his ride still occupy the second shelf, albeit in a different incarnation. These versions of Batman and the Batmobile come from the animated series, "Batman: the Brave and the Bold." I chose to use this black and gray costume version to make him stand-out from the DCUC blue and gray Batman on the shelf just above. This is easily one of my favorite Batmobiles ever designed, it even transforms into a jet. 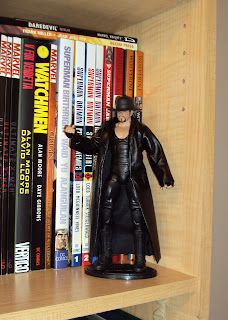 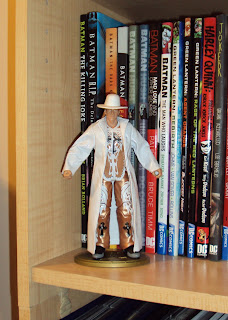 The third shelf pays homage to the epic confrontation between "The Heart Break Kid" Shawn Michaels and "The Phenom", the Undertaker. This version of the Undertaker will be the subject of a new edition of "Stinger Shots" coming up this Saturday, so keep an eye out for that. 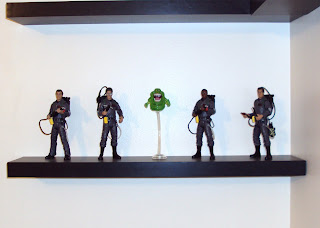 The secondary displays on the wall still remain pretty plain. I just changed up the Ghostbusters with their GB2 duds from the 4-pack. 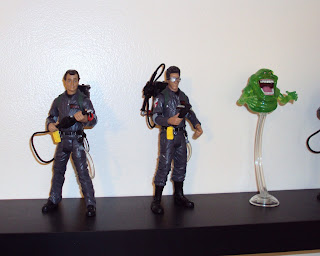 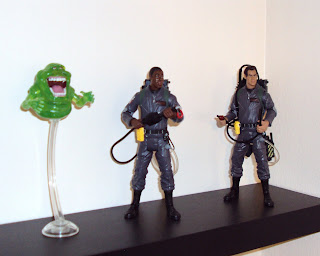 I always felt Ray was the "techy" of the group and ends up carrying more equipment than he really needs (as opposed to Egon who is content with his PKE meter. Winston and Peter just need their packs and something to shoot at). He's pictured with a ghost trap hanging on his back and the "ghost sniffer" device that came with his "Ready to Believe You" figure.

That's it for this month, but look forward to my WWE Legends taking over the main display spot next month.