Twenty-five years ago the greatest science fiction action film ever made was released in theaters across the United States and it changed the landscape for what futuristic action movies can be. That film, of course, was the James Cameron classic, Aliens. But 1986 was also the year that TransFormers fans were treated to the first feature length outing for everyone's favorite mode-shifting robots, aptly titled, The TransFormers: The Movie. It was definitely memorable, mainly for killing off several beloved characters, including Autobot leader, Optimus Prime. The film also introduced a threat greater than anything Megatron and his Decepticon forces could ever conceive, a planet that fed on other planets... and transformed into a really big robot. That robot is none other than the harbinger of chaos, Unicron! 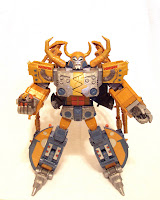 This "25th Anniversary" Unicron is actually the second one I buy in the last 10 years. I previously owned the TransFormers: Armada version, having purchased him at Toys R Us back in 2003. That was the first time Unicron made it on to toy shelves and all subsequent planet mode Unis have been based on that mold. I had him in storage until just a few years ago when I sold him off on ebay to make room for a new collection. He was cool, but was obviously based heavily on the "Armada" cartoon, which I didn't follow much. But almost serendipitously as I was just getting back into collecting TransFormers, Hasbro unveiled this bad boy at San Diego Comic Con this past Summer and I knew I had to own him. 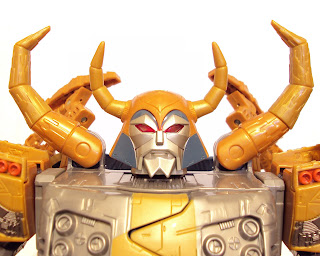 Aside from the redeco, this Unicron features a new, movie-accurate head sculpt that captures the film's look perfectly. There are plenty of tech details throughout Unicron's body, but some can be hard to see due to the lack of paint on the details. For the most part, Unicron's molded in the necessary colors and does feature paint apps that enhance the sculpt, but there are a few spots I think would benefit from just a little more paint to really make them pop. 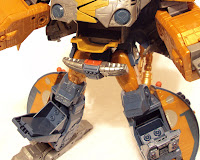 There are several mini-con "traps" on Unicron. The largest trap is located in his his abdomen, which opens upward on hinges and is basically a hollow cavity in the robots torso. Traps are located on each of Unicron's legs, too, with the shins opening up to reveal basket-like compartments attached to hinged panels. Unicron also features mini-con posts on each of his shoulders as a kind of perch for his little buddies. 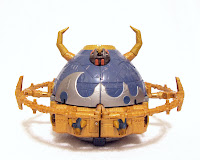 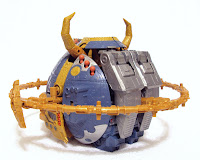 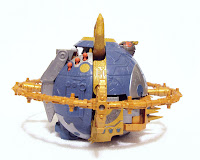 When not stomping on planet's in robot mode, Unicron traverses the cosmos as a planet. The figure does a pretty good job of recreating the look of the planet, although there are obvious flat and rectangular portions that break up the spherical look. He really ends up looking like more of a floating battle-station thing. The most effective portions are the rounded panels that form the front of the planet and also house it's world-consuming mouth.

Those panels also have an indentation where Kranix can sit as a cannon for the chaos bringer. In robot mode those panels can be tucked behind Unicron. They're made of a soft plastic which can make it a bit difficult to line up proper at the top, opposite Kranix's post. Also, I've noticed a bit of paint chipping where the posts holding the planet ring plugs into the panels. Because you have to unplug the panels during transformation, I can see the paint chips becoming more pronounced over time.

Squeezing the pincers around the planets "mouth" makes the teeth come together, it's important to chew planets thoroughly so as not to choke. The ring around the planet has enough ports to house twenty-seven mini-cons! To bad those aren't readily available in stores. While in planet mode you basically have to lay Unicron on the back side of the planet. Unicron the planet moves with his mouth facing forward and the ring standing vertically. Sadly there's no easy way to display him like that. I wish they had at least added some wheels to the back side (the toy's under side) allowing him to at least roll around. He does still manage to look menacing in his planet mode, although he's basically "facing" the sky.

Converting Unicron isn't too complicated, but his size does pose a challenge and you would benefit from using a table to aid you in the process. For the most part, his transformation consists of folding his arms together below his chest and folding him in half with his legs against his back. The hands are hidden in his forearms and his feet fold up along the lower legs. The trickiest part is getting his "cape" into their planetary ring mode. Like I mentioned before, the forward planet panels are supposed to be removed before the conversion from robot to planet and vice versa, per the instructions. The main reason is that the panels plug into the post backwards when in robot mode, allowing you to layer them over each other and tuck them into his lower back. Thanks to his awesome bulk and ratchet joints you can expect a few finger pinches and nail bends, so take your time! 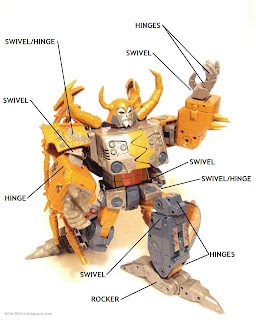 For such a large and robust robot, Unicron moves pretty well. All the major, non-transformation related points are indicated in the diagram above. Due to his light-up eyes gimmick, his head is reduced to a static, forward facing pose. His upper legs feature swivel and hinge movements which are not obstructed by his waist armor as the panels are also hinged. The quarter-dome sections on his lower legs also swivel into an "attack" position, allowing the missiles to shoot forward instead of up into Unicron's arms. 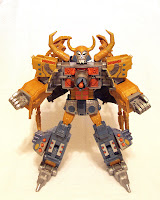 Unicron includes six missiles that blast out of his leg launchers, plus a giant missile that shoots out of his chest. All the launchers are activated by Unicron's pack-in Mini-con, Kranix, who transforms from moon to robot and features a non-removable cannon. It's worth noting that the mini-con, while a redeco of the Armada Unicron's pack-in, Dead End, is a reference to the alien character we see at the beginning of the film escaping his home planet as Unicron devours it. 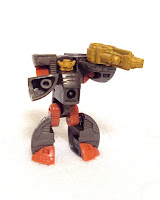 [Spoiler alert!] He later meets his demise at the hands (or teeth, rather) of the Quintessons' soldiers, the Skarkticons. He looks nothing like the on-screen Kranix, though he kind of shares his color scheme. I think the mini-con is more effective in his moon mode because his robot mode looks very clunky. As a moon you can plug him into the post on Unicron's back to activate the chest cannon. The same goes for the posts outside Uni's legs, which cause his leg launchers to fire all of their missiles. 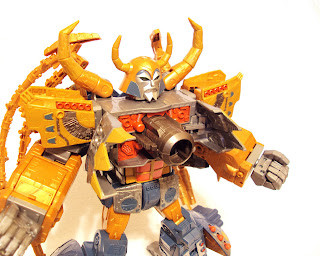 Activating the chest cannon causes it to break through Uni's chest while simultaneously firing an enourmous missile! The missile itself is enclosed in three panels that are, oddly enough, part of the projectile. I suggest you point his chest away from your face while reloading the missile, it can go off easily before you push all the way in. 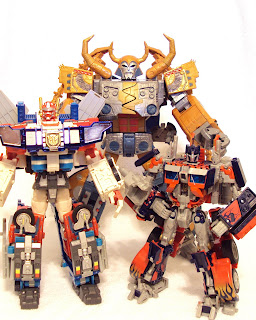 I'm really happy with how this version of Unicron turned out. His colors look fantastic and really work well together, much more than the original Armada release. The head is spot-on, albeit a bit tame considering this dude want's to annihilate the universe! Size really plays a huge role here, who doesn't love a big toy robot?! At approximately 15" tall, there are few TransFormers figures bigger than Unicron and his width just adds to his imposing presence. 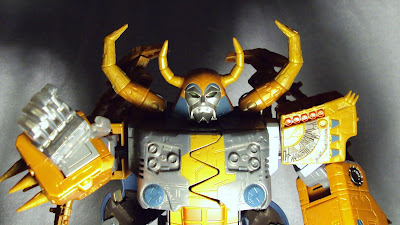 Unicron is an Amazon.com exclusive and started turning up on their site in September. He fluctuated from being in-stock to out-of-stock within a day or so and the same thing happened a week later. It wasn't until the third time he became available directly from Amazon (as oppose to a non-Amazon merchant on the site) that I finally decided to not risk waiting any longer and snag him. He was a penny shy of $60 and thankfully qualified for Amazon's free shipping offer. The box was a little banged up, but when it arrived I felt like a kid again and couldn't wait to free him from his transparent prison! I hope you were wiser than me and purchased him earlier on because as of this writing he is only available through third party retailers and at a substantial markup. The best non-Amazon deal I saw was on BBTS at $90 (plus s&h), but they've sold out already. 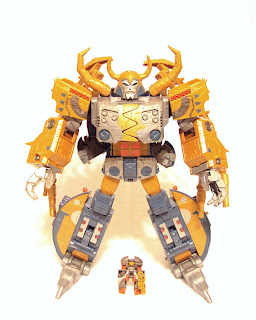 Unicron's a necessary addition for any TF fan, this one goes a long way in delivering a version from the classic film and he's a fun toy to play with. If you can find him at a decent price, get him, he's well worth it. 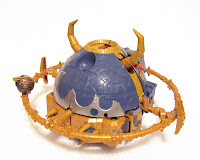 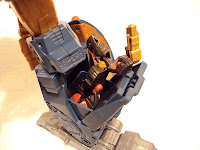 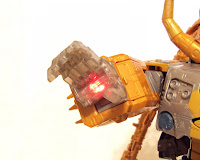 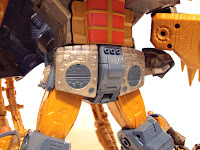