April's almost over and I thought now would be a good time to post a new edition of CoD. Mattel dominates most of the display area with WWE, DC Universe and Masters of the Universe, but Transformers and a few random figures squeezed in, too.

I'm trying to enjoy my office as much as possible right now because in a couple of months it's getting sacrificed to make room for the baby's nursery, so this will probably the penultimate edition of CoD featuring the office display. For those worried I'll be losing my displays altogether, fear not, my desk and bookcases are moving into the master bedroom. It's going to be a bit cramped for awhile, but at least I'll still have somewhere to set-up my stuff.

Enough that for now, though, let's take a look at the shelves!

My humble Bowen mini-bust collection takes up the top of the center bookcase [left to right: Elektra, Bullseye, Daredevil (origin) & the Kingpin]. Including the Cyclops mini-bust I have five total, but I'm still planning to pick-up a few more. At the top of the list would probably be DD villain, Gladiator.

The two top shelves of this bookcase are jam-packed with WWE figures. Here's the breakdown: 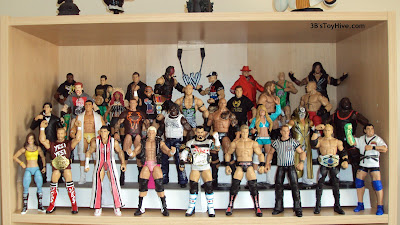 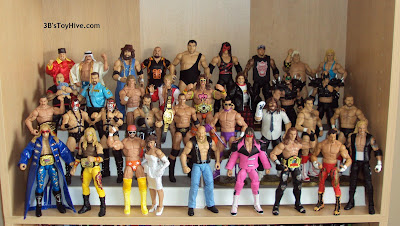 I haven't taken as much time on the older bookcase. I'm happy with the Batman and Transformers Prime display I set-up, but there's a shelf between those two that's become a "standby" area for new figure pick-ups until I decide what I'm doing with them. Similarly the top of the bookcase is just housing the WWE RAW Entrance Stage until I get some alternate screen inserts. 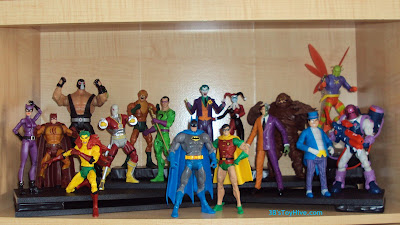 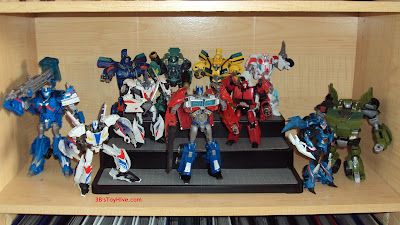 And the final large display area is the hutch over my desk which has been invaded by He-Man and the Masters of the Universe (Classics)! 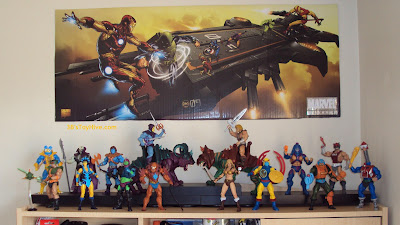 I mentioned in a recent Honeypot post that I was pretty much done with Mattel's MotUC line and I think that still remains true. I was very tempted by the most recent release, Snake Face, but ultimately decided to skip him. My displeasure with "Matty Collector" has been well-documented at this point. Anyway, if I ever find him at a reasonable price, I may pick him up, but I'm not in a rush.

It's a shame this line is always surrounded in controversy because it really is a great action figure line and I'm quite happy with the figures I've kept and don't regret any of the purchases. I'm not opposed to adding other MotUC figures to my collection, I'm just saying I'm happy with the ones I have and don't feel like I need to add any others.

That's a weird feeling to have because with other lines, WWE in particular, I feel like I'll be collecting those forever. My WWE collection will constantly be evolving with new iterations of wrestlers and I don't see an "end" in sight. TF Prime is another series I'm for the most part done with, but that one makes more sense as it's focused on the animated series that is and will be only two and a half seasons deep.

What will be on display next time? Who knows. We'll have to wait and see!