The Honeypot: The Birdman, WWE & 2nd order from Ralph's!

Today's edition of the Honeypot covers another two week span, although not as massive as the previous enstallment there were some big pickups nonetheless! Let's jump into it! 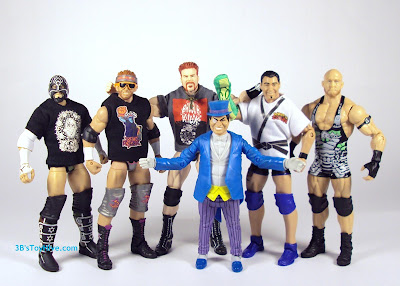 
Things kicked off with another figure from the Batman Unlimited line, this time around I added a long-awaited version of a classic Batman villian: the Penguin. I have the DCUC wave 1 figure already, but that one leaves a lot to be desired and after collecting DCUC for nearly four years, I've noticed most of my Batman rogues are in their Golden/Silver age versions. So this blue Penguin fits in a lot better overall. 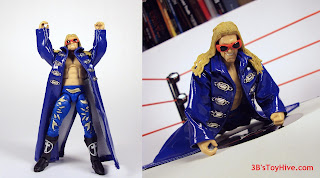 In this haul I also received my second order from Ralph's Figure Clothing! New t-shirts for Sheamus, "SES" CM Punk, Santino and Zack Ryder and a new fabric coat for my Flashback Edge. The t-shirts are made to the same standard as the previous ones I've ordered, but I was curious to see how the coat would turn out. I'm happy to say it's quality is just as good and I love the small metal pieces they've stitched on to mimic the metal clasps of Edge's coat. The only issue I found is the length of the coat. It drags a bit when you put it on the figure. I would prefer if it "floated just below the boot swivels, but otherwise it's a great piece and allows for great poses. I picked the blue version to liven up the display and I feel it goes better with Christian's brighter attire.

I picked up another EG Rock in order to customize my Elite 14 Rocky into an Attitude era version, but that failed miserably. Word of advice: DO NOT use acetone on your Mattel figures! At least, not on the hard plastic parts...

No new toys came in during the second week until this past Thursday. At the fancy Target in the mall district I found WWE Basics on sale for $8.99 and decided to pickup Ryback. He's not a Superstar I'm too interested in, but after seeing the reveal of his undersized Elite figure I thought nine bucks for the Basic release wasn't bad. Not that this version is any more accurate, but the proportions seem better on the Basic figure.

I also had my second E20 sighting at this Target, although they only had Punk & Christian left. I decided to grab Punk because the attire looks good in person, better than I thought it would and is a nice change of pace since his boots are molded in blue plastic instead of his usual black. I also picked up the Christian because the one I picked up a few weeks back had a nasty chip in the paint on his right forearm. This one had cleaner apps on the tights, too.

And that's it for this edition- oh, wait... there was one more purchase over this two week period, although it's not toy-related... 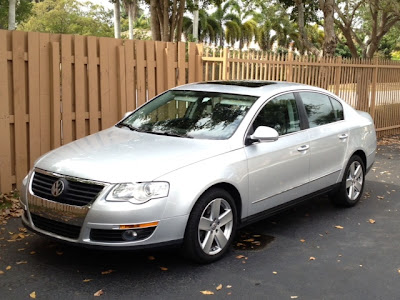 I don't think I've mentioned this on the Hive before, but my girlfriend and I are expecting our first baby together (my second), so I decided it was time to trade-in my Mustang for a more family-friendly vehicle. After doing a bit of research and what not, I decided on the Volkswagen Passat. It's a 2009, but in great condition and only had 15K miles (!).

With a new car comes a new car payment & with a baby on the way I'll be forced to become much more selective with my toy purchases. It's all worth it, though, to have another little angel call me "daddy".

Well, that's it for another edition of the Honeypot. Hope you've enjoyed it and here's to finding your own honey!